Bundle Project CLASH – Climate variability and landscape dynamics in Southeast-Tibet and the eastern Himalaya during the Late Holocene reconstructed from tree rings, soils and climate modeling 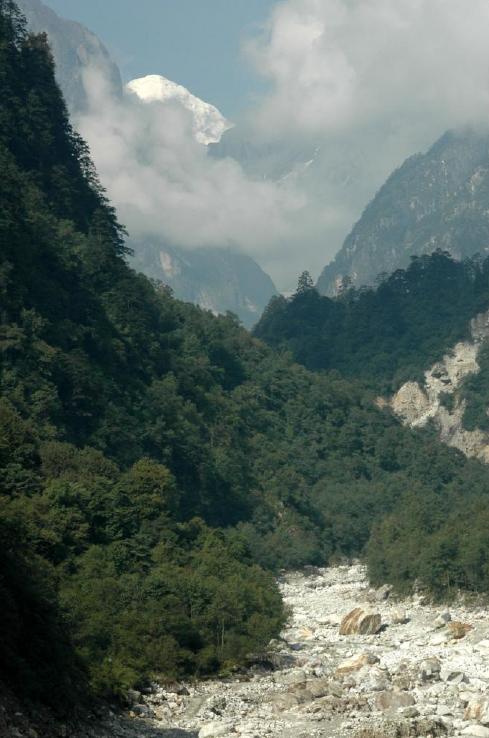 The BMWF-funded bundle project CLASH represents a scientific consortium that intends to study Late Holocene climate and landscape dynamics in the eastern Himalaya and the southeast Tibetan plateau by an interdisciplinary approach. It combines empirically derived palaeoclimate reconstructions with a plant physiological process study and various techniques of climate modelling. This new and innovative combination of scientific disciplines studies a chain of processes reaching from molecular reactions of organisms to environmental factors to the preservation of climatic events in natural archives to the large-scale modelling of climatic boundary conditions for such events. Thus, different spatial and temporal scales are addressed.

The objective of work pakage 4 Modelling the Hydrological Cycle over the Tibetan Plateau for Late Holocene, present and future time slices in Hamburg is to analyze and model present, past and future atmospheric processes and climatic variations over the Tibetan Plateau with a special focus on implications for landscape and vegetation dynamics during Late Holocene and future. With the interannual and long term variations of precipitation and water budget being the major determinants for environmental processes in the target area, we particularly emphasize on scale-crossing analyses of relationships between monsoonal hydroclimatic variability and biotic and abiotic environmental dynamics. Given that the complex interrelations of these impact factors with synoptic and sub-synoptic topographically determined processes are only to be represented by a suite of modelling components, each valid for specific scales, we aim to integrate global and regional climate modelling approaches, statistical downscaling, surface parameterization and geostatistical methods within a comprehensive climate analysis and modelling chain.